HOMES IN WALTHAM
Find your next home HERE...

HOMES IN THE SOUTH END
Find your next home HERE..

Login and narrow your search. If you have fewer than 200 results, you can save your search.

Adorned with the backdrop of the scenic Charles River, the Back Bay is one of Boston’s most lively, popular and expensive neighborhoods.  From century-old brownstones pressed shoulder-to-shoulder on Marlborough Street to modern condo high-rises flanking the Prudential and John Hancock towers, the Back Bay has universal appeal.

Tourists and residents alike flock to this area for the renowned Boston Public Library, Copley Square and its impressive Trinity Church as its centerpiece, plentiful art galleries and perhaps most notable, the beautiful Boston Public Garden.  Newbury Street, Boston’s most well-known street for shopping and dining al fresco, is the City’s best locale for people watching and to “see and be seen.”  The Back Bay is a center of activity as the neighborhood is second to downtown in large-scale office towers, which keep the area bustling with residents, office workers and tourists from dawn through dusk.  Commonwealth Avenue, modeled after the boulevards of Paris, is a beautiful tree-lined thoroughfare and a not-to-be-missed sight during peak fall foliage as well as after a white winter storm.

Housing stock in the Back Bay is highly coveted and turnover is low in large part due to its wide appeal.  The neighborhood is centrally located and public transportation-friendly with shopping, dining, cultural and professional entities coexisting to form one of Boston’s most popular destinations. 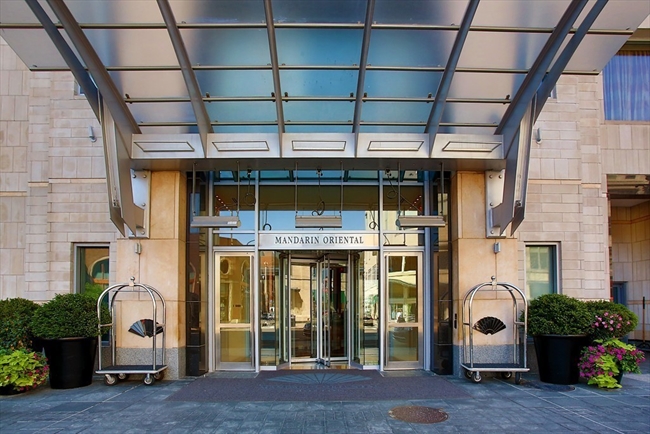 The Mandarin Residences as featured in the WSJ. Five-star hotel living! Purchased as raw space, this double PH with 4 beds & 4,5 baths is located in the desirable West Residence Tower & boasts almost 7,000 SF with 360-degree views from the 2 private roof terraces. All of Boston can be seen from 4 exposures, including the Charles & Back Bay. This is a designer's dream home. Art enthusiasts will gush over the art gallery area, warmed by double-sided fireplaces. Entertain guests in the lounge with an under-lighted Agate stone bar with beautiful Walnut accents. Adjacent is the private screening room with Sony DPL screen. Luxurious master suite with private office, massage room, his & her dressing rooms & large terrace spanning over 40' long. Expansive master bath with soaking tub & city views. Gourmet kitchen with Wolf appliances, Sub-Zero fridges & wine coolers, as well as separate chef's kitchen! Multiple 1st-floor terraces, radiant heat throughout & surround sound complete the space. 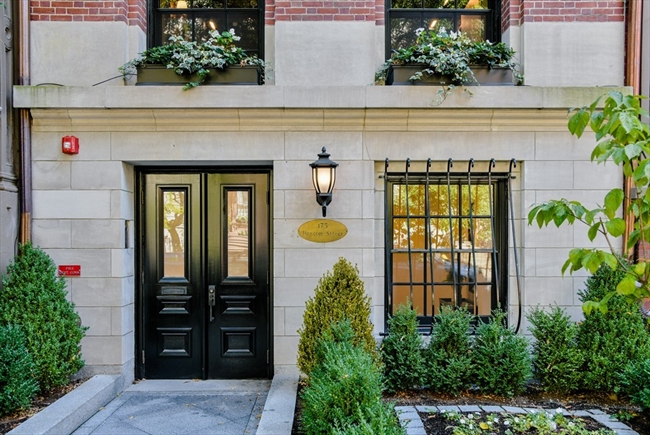 This 8350 sf brick and limestone townhouse has undergone a complete renovation, offering magnificent living and entertaining rooms, 4+ bedrooms, 7 gas fireplaces, a large roof deck with panoramic views, a lift to all floors, and two-car garage parking. The main entry opens into a welcoming foyer and the graceful stair takes you to the walnut paneled library and a large entertaining/dining space with butler's pantry. On the next level, the immense kitchen has a sizable center island, Wolf, Sub Zero, and Miele appliances, custom cabinetry, pantry and dining in the bay window. The living/family room is also on this floor, with 13 foot ceilings and a stately bay window overlooking Beacon Street. The master level has a sumptuous bath with a large soaking tub and twin vanities, oversized closets, and an elegant bedroom. There are 3 bedrooms with en-suite baths on the upper floors, as well as a great room and wet bar. The roof deck has sweeping skyline and river views, plus a Wolf gas grill. 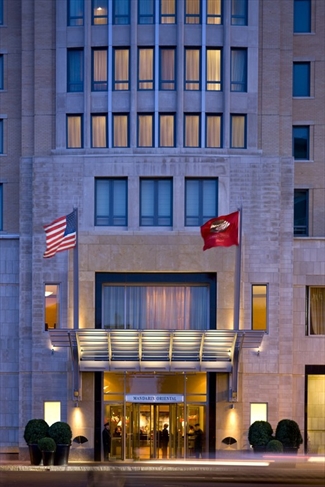 Experience Five Star Luxury with this stunning 3-bedroom, 3.5-bathroom residence at Mandarin Oriental, Boston. This spacious corner home is among the limited selection of front-to-back units and is wrapped in oversized windows that command premium Back Bay views. Its 3,500+ square-foot floor plan incorporates a magnificent central reception hall, expansive corner living room, separate formal dining room, custom Poggenpohl kitchen and comfortable family room, all of which are dedicated to entertaining on a grand and fluid scale. The Master plus 2 additional bedroom suites create luxurious retreats from the bustling Back Bay streets below. This spectacular showpiece was designed by world-renowned interior designer, William Hodgins and features elegant gas fireplaces in the living and dining rooms, sophisticated millwork and built-ins throughout, custom lighting and motorized treatments on all windows. As a resident, enjoy access to all Mandarin Oriental amenities plus 2 Garage Parking. 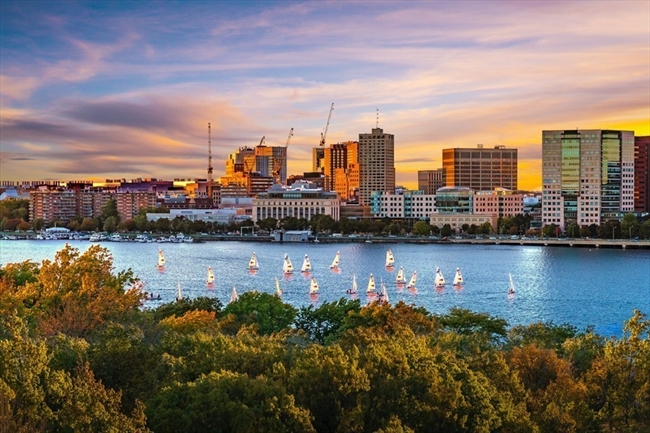 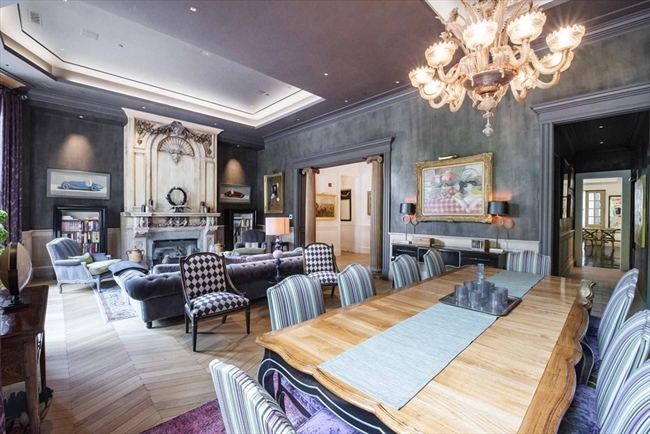 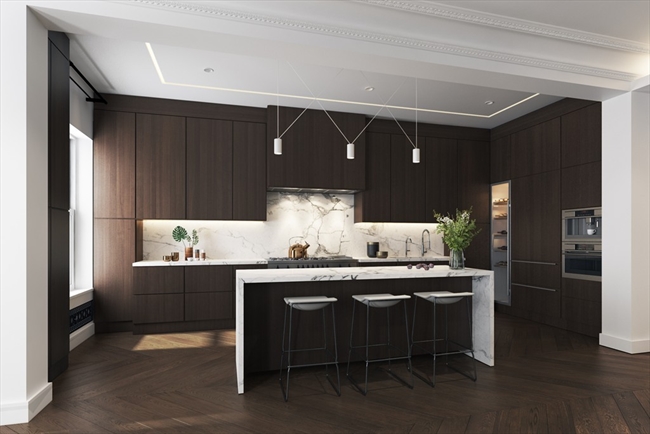 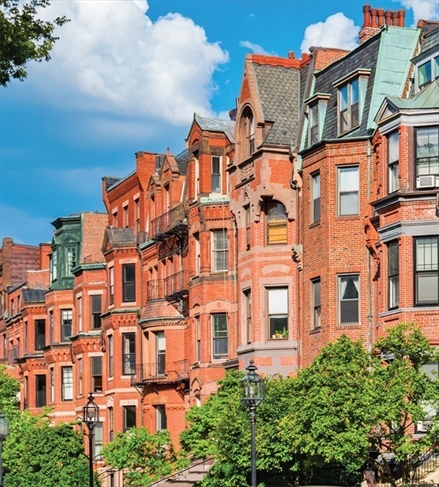 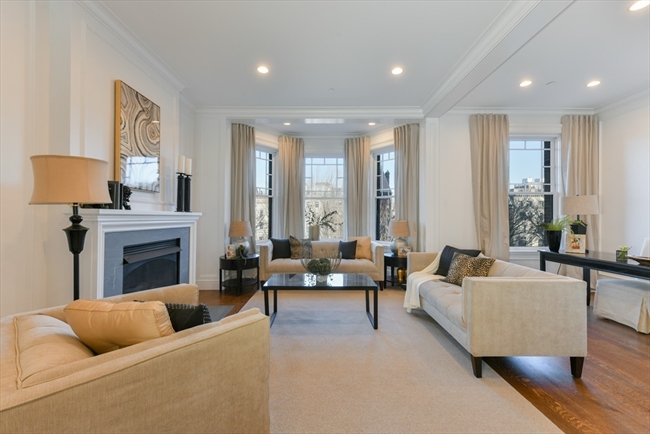 The Penthouse at 288 Commonwealth Avenue is a stunning new construction 4 bedroom, 4 ½ bath triplex with direct elevator access and 2 tandem garage parking spaces. The versatile and open living floor has oversized windows, beautiful crown mouldings, high ceilings, and gleaming hardwood floors. The living/dining area has a a gas fireplace and an adjacent study or office all overlooking the treelined Commonwealth Avenue Mall. The eat-in kitchen offers Wolf and Sub-Zero appliances, polished quartz countertops,and an impressive coffered ceiling. The sumptuous master suite with an en-suite marble bath and a huge walk in closet. There are also two family bedrooms, each with an en suite bath and generous closets. The top floor has an expansive family room with a wet bar, and a sun-filled fourth bedroom with full bath. French doors open onto the expansive private terrace overlooking the Commonwealth Avenue Mall with fantastic views of the Boston skyline. 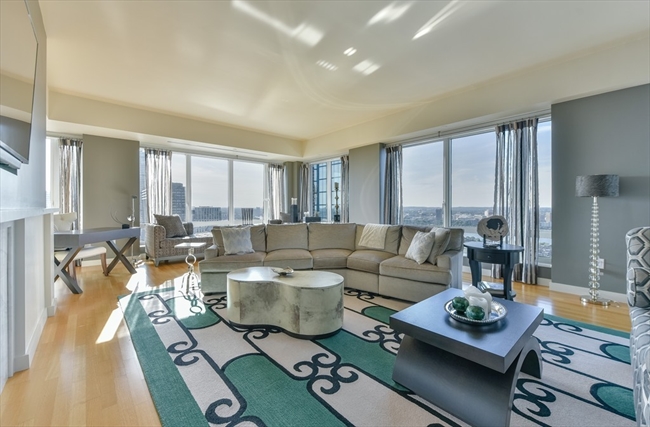 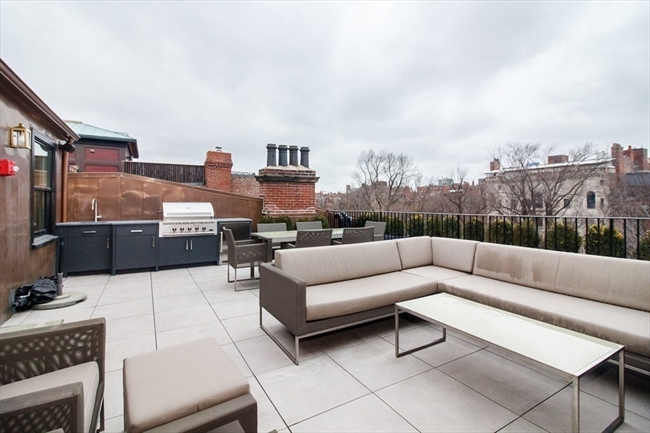 Construction complete for the upcoming Spring Market. Special brand new restoration penthouse triplex located in the heart of the Back Bay. This property has been completely renovated to create a private two residence association. The penthouse residence encompasses the top three floors of the building and has three bedrooms three and a half bathrooms and a spectacular wide open great room with large private roof deck which includes a built-in outdoor kitchen. Property amenities include great views of the Commonwealth Ave mall as well as the Back Bay, private elevator, two custom wet bars, gas fire place, high end appliances, finishes and detail, as well as two deeded parking spaces. Conveniently located a short walk to all of the shops, restaurants, and retail on both Newbury and Boylston Streets. 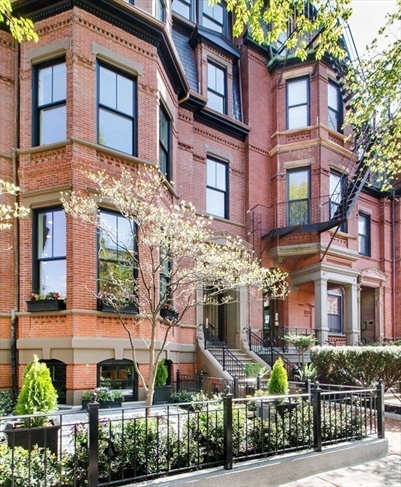 Construction complete for the upcoming Spring Market - brand new restoration Penthouse home located in the historic Back Bay neighborhood of Boston. Residence 3 is the Penthouse triplex encompassing the top half of the building. The building is 28ft in Width with high ceilings and wide open living space with excellent sunlight. The bedroom level is comprised of three large bedrooms, master with beautiful master bath and huge walk-in closet, laundry area and bedroom two has a private rear deck. The wide open living/dining/kitchen levels are the top two floors of the building and have three gas fireplaces, private deck off living room, custom built-ins, crown moldings, detail, large kitchen Island and roof top media/guest room/4th bedroom with full bath, wet bar, outdoor grill prep area on private front roof deck as well as a private rear roof deck. Direct elevator access to all levels, four outdoor spaces, and 4 Parking Spaces, 2 Garage, 2 Outside. Walk to the best of the Back Bay.